Disputes and hostilities did not start with the internet. Wherever people meet, opinions will clash and give rise to discussion. Everyone has the right to express their opinion unhindered and unfiltered. However, there are limits.

Hate speech is the expression of hatred verbally, or in texts, images or videos, directed against individuals or groups, especially through the use of expressions that serve to belittle them. Hate speech, incitement to hatred and insults are spoken of synonymously. Such expressions are often racist, anti-Semitic or sexist in nature.

According to a new representative survey commissioned by Hate Aid and the Alfred Landecker Foundation (2021, conducted among a total of 2000 people aged 18-80 in all EU Member States), 91% of young adults have already witnessed hatred and incitement to hatred online on several occasions. 50% of young adults aged 18-35 have even been personally affected by digital violence. According to the North Rhine-Westphalia Media Authority (2018 study), 96% of younger users aged 14-24 have already been confronted with hate speech online (whether as victims or as passive readers). This is because children and young people are particularly active on social networks (Instagram, Snapchat, YouTube, Tiktok,).

Where does the hate on the net come from?

Disparaging attitudes are visible on the net. The social psychologist Andreas Zick speaks of “group-focused enmity”, behaviour that discriminates against people or clearly displays prejudice, as well as devaluing others because they belong to a certain group within society. Usually this expresses itself as hostility to foreigners or racism, but also as denigration on the ground of religion (for instance discrimination against Muslims or Jews), sexual orientation or, social humiliation of the “other” group (the unemployed, the homeless, etc.).

According to Zick, the cause is usually a lack of self-esteem or the fear that others will take something away from you. By devaluing the other group, one’s own group is valorised. Zick speaks of the desire to maintain power, of “us” against “them”.

Other motivations for hate speech can also be the wish to provoke and test boundaries, to compensate for feelings of frustration and inferiority, the fear of losing status, peer pressure, political-ideological convictions, sometimes it is for supposed fun and entertainment (Erjavec/Kovacic, 2012; Ballaschk et al., 2021). These factors are called “push factors”, the motivating aspects that provide the “inner” drive.

Another factor is the so-called filter bubble (echo chamber) We tend to follow people who hold similar opinions to our own and the algorithms mainly present us with content that corresponds to our interests. In our filter bubble, opinions can build up and radicalise each other. There is a lack of regulating counter-reaction, also called the “pull effect”.

Talking without showing one’s face can more rapidly lead to hatred on the net. On the one hand, many people post anonymously and therefore dare openly to incite hatred. On the other, the facial expressions, gestures and posture of the other person cannot be recognised on the net. The lack of resonance can make people much less inhibited (online disinhibition effect).

Hate speech hurts, frightens and can harm the mental health of those affected. Children and adolescents in particular become insecure. Their sense of self-worth is undermined. Shame and fear make it difficult for children and young people to get help and turn to a trusted person. Children have little media competence; they cannot assess the possible dangers and do not always know how to protect or defend themselves.

What to do against hate speech?

Freedom of expression has limits. Everyone has the right to express their opinion appropriately, but not to engage in hate speech. The internet is not a lawless vacuum either. Hate speech is defined and regulated by the laws against defamation, libel, insult and protection of privacy.

First, evidence should be saved (save a screenshot). Hate comments can be reported directly to the platform (Facebook, Instagram, etc.), the author can be blocked. The platform can delete or hide hate comments.

Affected persons or witnesses can report hate speech on the BEE SECURE Stopline. The content is checked for illegality by analysts and forwarded to the police if necessary. Those directly affected can file a complaint with the police.

If you have witnessed hate speech, show civil courage! Report the hate speech to the BEE SECURE Stopline and the platform. If you like, you can also get involved in the discussion and try to bring it back to a factual level by means of targeted positive responses. However, so-called “counter speech” or persuasion by means of further negative comments and arguments targeting the other personally are often unhelpful and tend to inflame the discussion – “Don’t feed the troll”. In general, it is important and helpful to critically question statements, to expose fake news and not to simply accept or immediately believe assertions. 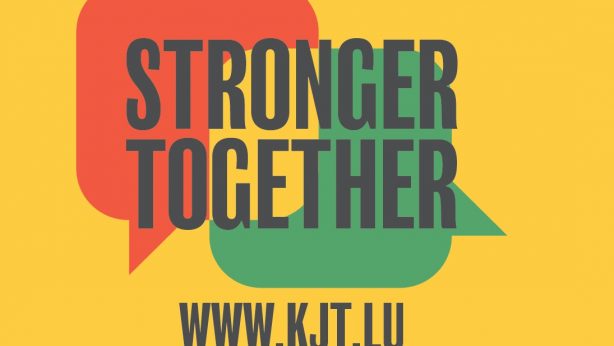 We are pleased to present you our new poster :... 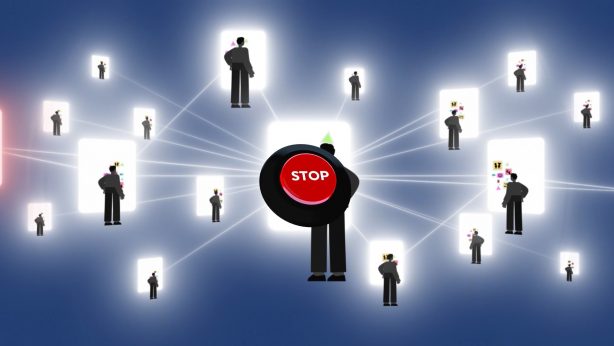